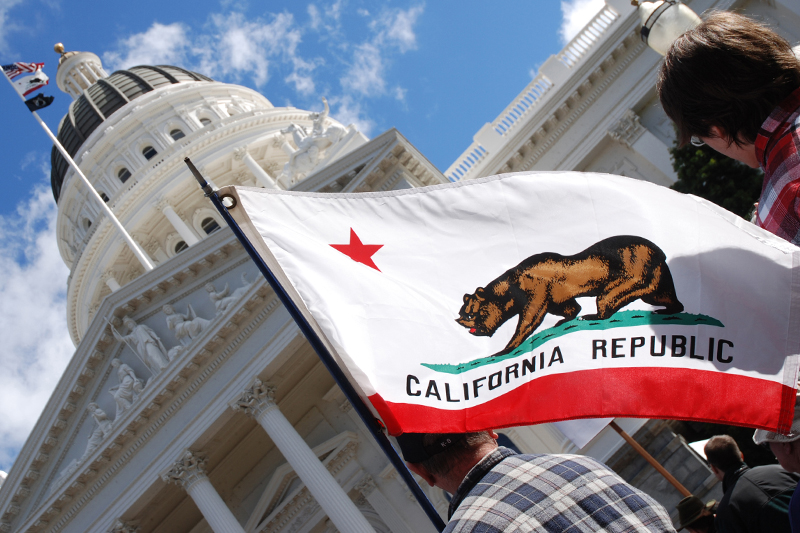 The Health Committee of the California Assembly will hold a public hearing on SB 793, a bill that will, if passed, ban all flavored tobacco products, including e-liquid and other flavored vaping products. Attendance will be “remote”—the hearing will be viewable online, and comments will be delivered by phone. The hearing will be held at 2:00 p.m. on Aug. 4.

It’s important for individual vapers to take the time to “attend” the hearing. The bill’s supporters are portraying vaping as a tool created by Big Tobacco to addict children. The more ordinary consumers that weigh in on the flavor ban, the harder it is for legislators to write off the opposition as being tobacco industry shills.

The consumer call to action from CASAA is especially aimed at California residents in the Health Committee members’ districts, but you can use the text to send a separate message to your own Assembly member if they don’t serve on the committee.

The bill, which passed the state Senate in June, doesn’t specifically mention online sales, and Senate sponsor Jerry Hill says it doesn’t prohibit online sales. However, a provision to specifically ban or restrict online sales could still be added by amendment. California passed a law last year that placed restrictions on online and mail order sales of all vaping products, including an adult signature-on-delivery requirement.

Like many flavor ban laws, SB 793 bans characterizing flavors and also “flavor enhancers.” That term is interpreted by most as meaning nicotine-free e-liquid short-fills or flavor shots—not a ban on actual flavorings that would be used to make DIY e-liquid. However, CASAA CEO Alex Clark notes that “the language is vague and ripe for exploitation by extremists within the tobacco control industry.”

The bill bans the sales of all flavored tobacco products, including menthol cigarettes. However, strong advocacy by the state’s hookah community earned an amendment to remove the ban on flavored shisha tobacco. The same thing happened to Sen. Hill’s 2019 flavor ban bill, which caused the legislation to lose the support of anti-tobacco groups, and ultimately forced Hill to withdraw the bill. It’s not clear if the same thing could happen this year.

“Proponents of SB 793 claim this bill would be crafted in such a way to prevent police enforcement. If it’s not going to be enforced, then why introduce it in the first place.”https://t.co/kBgQ9LkwTp

There is also widespread opposition to the menthol cigarette ban, which is viewed by many as likely to lead to unnecessary interactions between police and the black community. Although the bill specifies that possessing or smoking menthol cigarettes is not a crime, the illicit market that will develop to provide menthol cigarettes in black communities will be a magnet for law enforcement activity. It is inevitable that marginalized smokers will bear the brunt of police attempts to enforce the menthol prohibition. Many also view a ban of products preferred by a particular group of citizens as patronizing and discriminatory.

Massachusetts passed a ban of all flavored tobacco products, including menthol cigarettes, last year. The prohibition has added to a multi-billion dollar black market in tobacco products in the northeast. The other flavor bans passed so far have exempted cigarettes, including New Jersey, Rhode Island, and New York. New Jersey lawmakers openly admitted the state could not afford the loss of cigarette tax revenues a menthol ban would cause.

A Florida bill that would ban flavored vaping products has passed both houses of the Florida legislature, and is currently being considered by Governor Ron DeSantis. Vapers and other opponents are urging the governor to veto the bill.

Flavor Ban Bills Are Dead in Colorado and Connecticut

Flavor Ban Bills Are Dead in Colorado and Connecticut

Another Study Investigates The Effect of California’s Tobacco 21 Law