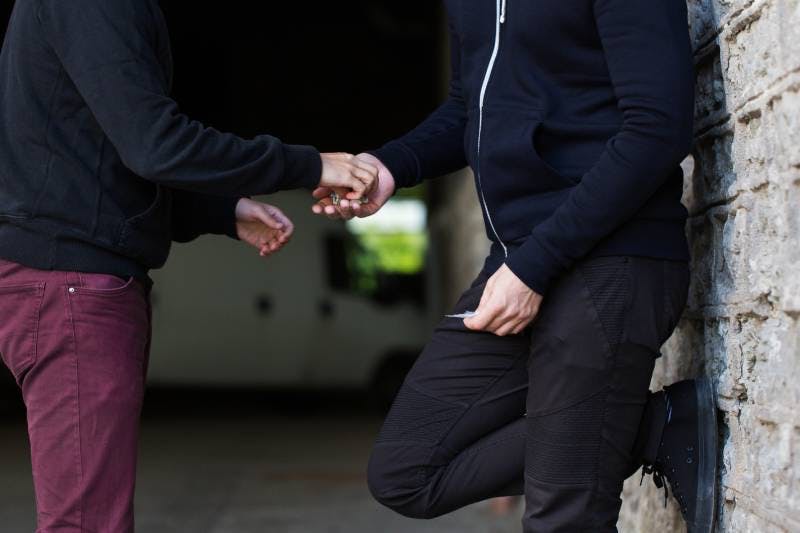 In a preview of the vaping future, a man has been arrested and charged with selling both THC and nicotine vaping products to middle school students in Nebraska. The man advertised on the social media site Snapchat.

Hector Lugo was charged last Friday with distribution of a controlled substance and contributing to the delinquency of a minor, according to the North Platte Telegraph. The first charge is a felony. Lugo, 22, was released on bail.

Lugo sold both THC oil cartridges and nicotine pods, according to the police. He advertised the products using the handle hector048 on Snapchat, a popular social media site among teenagers. Students who had been caught with illicit vaping products told police that they checked Lugo’s Snapchat account to see when he was in Lexington and then arranged meetings with him.

In the internet age, illegal drug advertising has migrated from local word-of-mouth connections to social media, where sellers can hawk their wares with minimal oversight. Accounts are often connected to untraceable “burner” phones, and meetings can be arranged in public locations, giving both parties some sense of safety.

With FDA’s current regulatory decisions forcing closures of legal vape shops and manufacturers, and the ban on U.S. Mail delivery of all vapes drastically impeding legal online sales, illegal markets will expand to capture nicotine product demand among adults too.

Court records show that Lugo was apprehended in the act of attempting to sell vape cartridges to the minors during an arranged meet-up at an elementary school parking lot. He was arrested by members of the Lexington (NE) Police Department and a regional drug task force, according to the Telegraph.

One student agreed to cooperate with police by setting up a meeting. When the student identified Lugo’s car, Lexington Police and the drug task force arrested the man. He was alone, and police say his cell phone was opened to a Snapchat conversation with the cooperating student when he was taken into custody. His car was seized and sealed and will be searched later.

In recent years, as lawmakers and regulators have cut off peer-to-peer sales of nicotine vapes by passing Tobacco21 laws and restricting flavors in legal pod-based vape products, nicotine vaping by teenagers has plummeted. But the remaining commerce in nicotine products among school-age kids has shifted to social media sites like Snapchat and TikTok.

With FDA’s current regulatory decisions forcing closures of legal vape shops and manufacturers, and the ban on U.S. Mail delivery of all vapes drastically impeding legal online sales, illegal markets will expand to capture nicotine product demand among adults too. Congressional passage of a huge nicotine tax (currently included in the Build Back Better bill that will be voted on soon) would virtually destroy the open-system market, pushing many legal sellers to break the law.