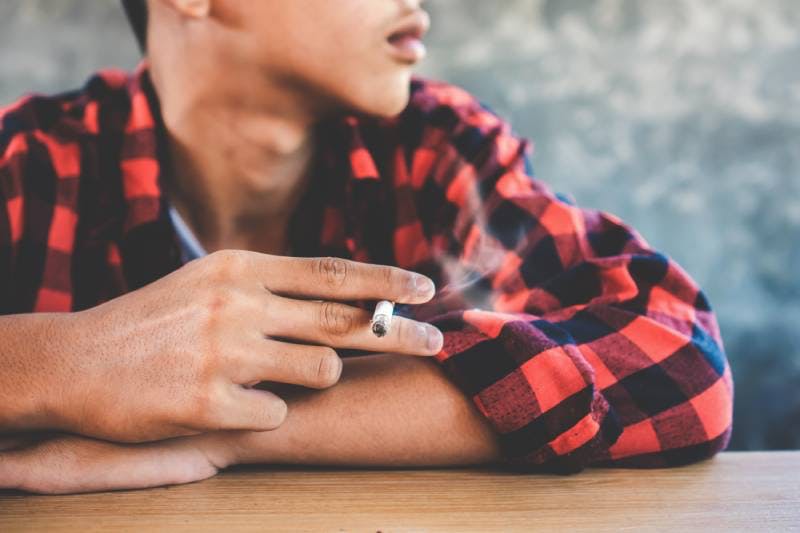 Will banning flavored vapes lead to more smoking? That question has mostly been ignored by politicians eager to please the powerful tobacco control groups that insist flavor bans will put an end to youth vaping. Since late 2019, lawmakers in five states and many municipalities have passed flavor bans.

But new research should give legislators and regulators pause when considering laws and rules prohibiting flavored vapes. Such blunt tools may do more harm than good.

A study published this week in the journal JAMA Pediatrics shows that the first flavor ban in a major U.S. city was associated with increased teenage smoking compared to cities without flavor bans. The study is by Abigail Friedman, an assistant professor of health policy at the Yale School of Public Health.

In 2018, San Francisco became the first major city to ban flavored vaping products, and all flavored tobacco products, including menthol cigarettes. The flavor ban was passed in 2017 by the city’s Board of Supervisors, but a successful signature-gathering campaign by tobacco and vaping companies postponed the law until a citywide vote could be held in 2018. Residents overwhelmingly upheld the ban, and it took effect in January 2019. (Later in 2019, San Francisco became the first big city to ban sales of all vaping products.) 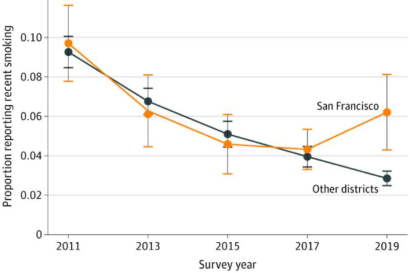 After the ban was in place, according to Dr. Friedman, high school students under age 18 in the San Francisco school district were twice as likely to smoke cigarettes as students in districts without such a ban. The trend held even after adjusting for other tobacco policies like taxes.

The study used publicly available data from the Youth Risk Behavior Surveillance System (YRBSS) between 2011 and 2019—surveys conducted in odd-numbered years by the Centers for Disease Control and Prevention (CDC). Friedman studied high school students under 18 who had non-missing data for past 30-day smoking.

“These findings suggest a need for caution,” Friedman told Yale News. “While neither smoking cigarettes nor vaping nicotine are safe per se, the bulk of current evidence indicates substantially greater harms from smoking, which is responsible for nearly one in five adult deaths annually. Even if it is well-intentioned, a law that increases youth smoking could pose a threat to public health.”

Before the San Francisco flavor ban took effect, San Francisco and the cities she compared all had similar and declining rates of high school smoking. But in 2019, San Francisco’s teen smoking trend split from the other cities and began to climb while the others continued downward. (An earlier study showed a similar, but less robust, trend among young adults in San Francisco after the flavor ban.)

“Think about youth preferences: some kids who vape choose e-cigarettes over combustible tobacco products because of the flavors,” Friedman explained to Yale News. “For these individuals as well as would-be vapers with similar preferences, banning flavors may remove their primary motivation for choosing vaping over smoking, pushing some of them back toward conventional cigarettes.”

The results found in the research may not be “generalizable,” she writes—which means they might not apply in other localities—and they may change over time. The teens who began smoking could stop, or go back to vaping. Nevertheless, the study should make lawmakers cautious when considering the blunt tool of flavor prohibition.

Friedman also described her research in one of the most interesting presentations at this week’s U.S. E-Cigarette Summit.

“This evidence suggests that we should be wary of tackling vaping with broad, all-or-nothing policies like bans,” she told the conference. “Those regulations are essentially drills. You’re trying to get somewhere fast, but there’s not much room for precise adjustment, and you can cause a lot of damage if you overshoot your goal.”

The FDA is Considering Setting a Nicotine Cap For Cigarettes