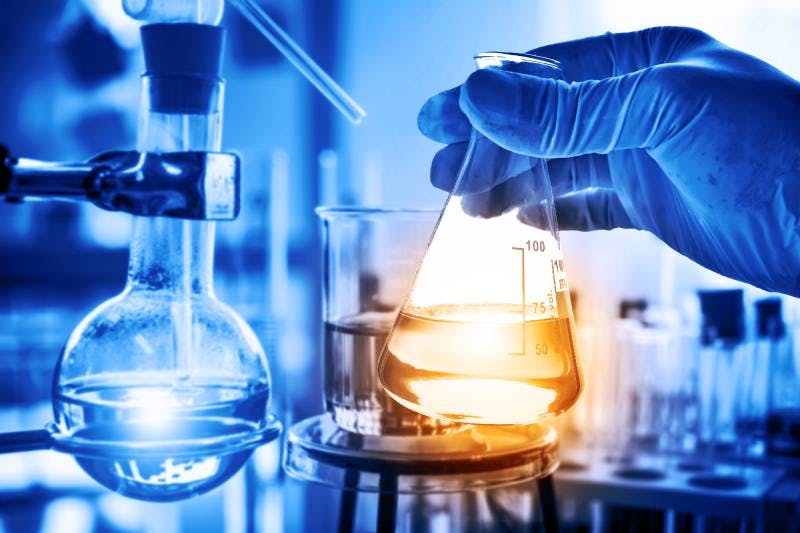 Seven anti-vaping organizations, led by the Campaign for Tobacco-Free Kids, have demanded that the FDA immediately regulate synthetic nicotine as a drug. The tobacco control organizations say synthetic nicotine will be used as a loophole by small vaping companies shut out of the flavored e-liquid market. The demand came in a Sept. 2 letter to FDA Acting Commissioner Janet Woodcock.

The letter was sent soon after the FDA’s announcement of the first Marketing Denial Orders (MDOs) for flavored e-liquids submitted to the agency for premarket approval. So far, the FDA Center for Tobacco Products (CTP) has issued more than 30 denials—all to small e-liquid manufacturers. No vapor products have yet been authorized by the agency.

Some manufacturers that received denials of their Premarket Tobacco Applications (PMTAs) have publicly announced they would reformulate their products using synthetic nicotine, which they believe cannot be regulated by the CTP.

The panicky letter from Tobacco-Free Kids and its allies refers to one small company’s Facebook post, which asserts that switching to “tobacco free nicotine” will put their products “outside of the FDA’s regulations.” (“Tobacco-Free Nicotine” is a trademarked brand of one nicotine manufacturer’s synthetic products, but the name is commonly used generically to refer to all synthetic nicotine.)

“Now that FDA has begun to deny marketing orders for e-cigarette products,” wrote Tobacco-Free Kids to the FDA, “there is every reason to expect thousands of those products to reemerge as synthetic nicotine products for the express purpose of evading FDA regulation.” It is the third time since 2018 that Tobacco-Free Kids has asked the FDA to regulate synthetic nicotine to thwart vape manufacturers (the previous letters are included in the link to the current one).

The CTP regulates “tobacco products”—a term that includes all consumer products that contain tobacco-derived nicotine and their components or parts. The agency could try to regulate synthetic nicotine products as components or parts, but that could pose greater legal challenges than tossing the regulatory hot potato to the FDA Center for Drug Evaluation and Research (CDER). Up till now, CTP has only said that it would assess products containing synthetic nicotine on a “case-by-case basis.”

Tobacco control groups have for years urged CDER to assert regulatory authority over synthetic nicotine. In a 2018 paper, for example, three tobacco control attorneys provide a laundry list of strategies and tactics the FDA could use to capture synthetic nic as a drug—because, they say, “allowing synthetic nicotine products on the market without any FDA vetting may have negative, long-term consequences for consumers.”

CDER currently regulates nicotine replacement therapy (NRT) products (which are not made with synthetic nicotine), because they have a stated therapeutic purpose (smoking cessation) and are not intended for consumer recreational use (which would make them tobacco products under the Tobacco Control Act’s tobacco definition). But the FDA drug office could also attempt to assert authority over drugs that aren’t intended to have a therapeutic purpose, although the legal argument would be more difficult.

CDER has twice attempted to regulate nicotine as a drug in recreational products: in cigarettes in the 1990s, and in e-cigarettes in 2009. Both times, the federal agency was stopped by federal court rulings. The first court loss led to the creation of the 2009 Tobacco Control Act, giving the agency authority over tobacco products. The second led to the Deeming Rule, in which the CTP gave itself authority over vaping and other nicotine products.

In the 2009 lawsuit, brought by vape manufacturers Smoking Everywhere and Sottera (now called NJOY), a federal circuit court told the FDA that CDER could only regulate nicotine products if manufacturers made therapeutic claims. (The FDA Center for Tobacco Products was created by the Tobacco Control Act, which became law in 2009 while the Sottera vs. FDA case was being litigated. The FDA continued to pursue regulating e-cigarettes as drug devices, even after receiving authority over tobacco-derived nicotine products.)

None of the FDA’s previous attempts to regulate nicotine as a drug, however, involved synthetic nicotine. Some legal experts believe CDER could regulate synthetic nicotine even without going through the typical rulemaking process. “They can come out tomorrow and say these nicotine products are unauthorized drugs,” one regulatory attorney told Vaping360. It may be that the FDA has shied away from regulating nicotine as a drug since Sottera because it fears losing and setting a precedent.

If the agency decides to begin rulemaking to capture synthetic nicotine, the process could give manufacturers an extra year or more to sell products while they plot longer-term strategies. But if the agency simply asserts authority now—without going through the time-consuming rulemaking process—manufacturers would have to sue the FDA and ask the court for an injunction to continue selling synthetic products while the legal dispute is settled.

Many small- and medium-sized e-liquid manufacturers are already making plans to sell products with synthetic nicotine if the CTP denies their PMTAs. So many companies are taking this route, in fact, that some nicotine wholesalers say their onhand supplies are exhausted and new customers will face delays getting synthetic nicotine.

There are other legal threats manufacturers switching to synthetic nicotine have to consider. One is Congress: legislators could amend the Tobacco Control Act to include synthetic by simply removing a few words from the definition of tobacco products. Instead of products “made or derived from tobacco,” lawmakers could include all nicotine products (and their components and parts).

The other major threat is state legislatures. A new Alabama law, passed earlier this year with the backing of tobacco giant Altria, bans the sale of vaping products containing synthetic nicotine unless they’re first approved by the FDA as therapeutic devices.

Other states will likely follow, with Tobacco-Free Kids and other prohibitionist groups working with tobacco companies like Altria to pass laws preventing small vape manufacturers from effectively competing with cigarettes (and tobacco companies’ vaping brands). Such an alliance of powerful interests will lead to fewer choices and higher prices for vapers, and a dramatic decrease in the number of smokers trying to switch.